Over the last few weeks, Matt Turk, Christopher Moody, and Stephen Skory have been working to improve the integration of the Rockstar halo finder in yt. Rockstar was written primarily by Peter Behroozi and has a main website here. Linked there is the source and the most current edition of the method paper which includes a timing and scaling study.

Rockstar is a six dimensional halo finder, meaning that it considers both particle position and momentum when locating dark matter halos. It is also capable of locating bound substructure in halos and producing a detailed merger tree. As of this writing its main deficit is that it cannot handle simulations with varying particle mass. This means that in simulations that include star particles, the star particles must be excluded for the purposes of halo finding. Also, Rockstar cannot analyze "zoom-in" or "nested" simulations with various values of dark matter particle mass.

Here is a brief list of the main improvements:

One of the compelling features of Rockstar is the ability to identify bound substructure of halos. Below are two images showing the halos identified by HOP and Rockstar over-plotted on a projection of gas density. Note that the circles mean different things in the two cases. In the case of HOP, the circles show the radius from the center of mass to the most distant particle, while for Rockstar it is from the center of mass to the calculated virial radius.

Paying attention to the central region of the halo, notice how Rockstar identifies the small in-falling subhalos that HOP doesn't. This is not surprising because HOP is not designed to detect substructure. 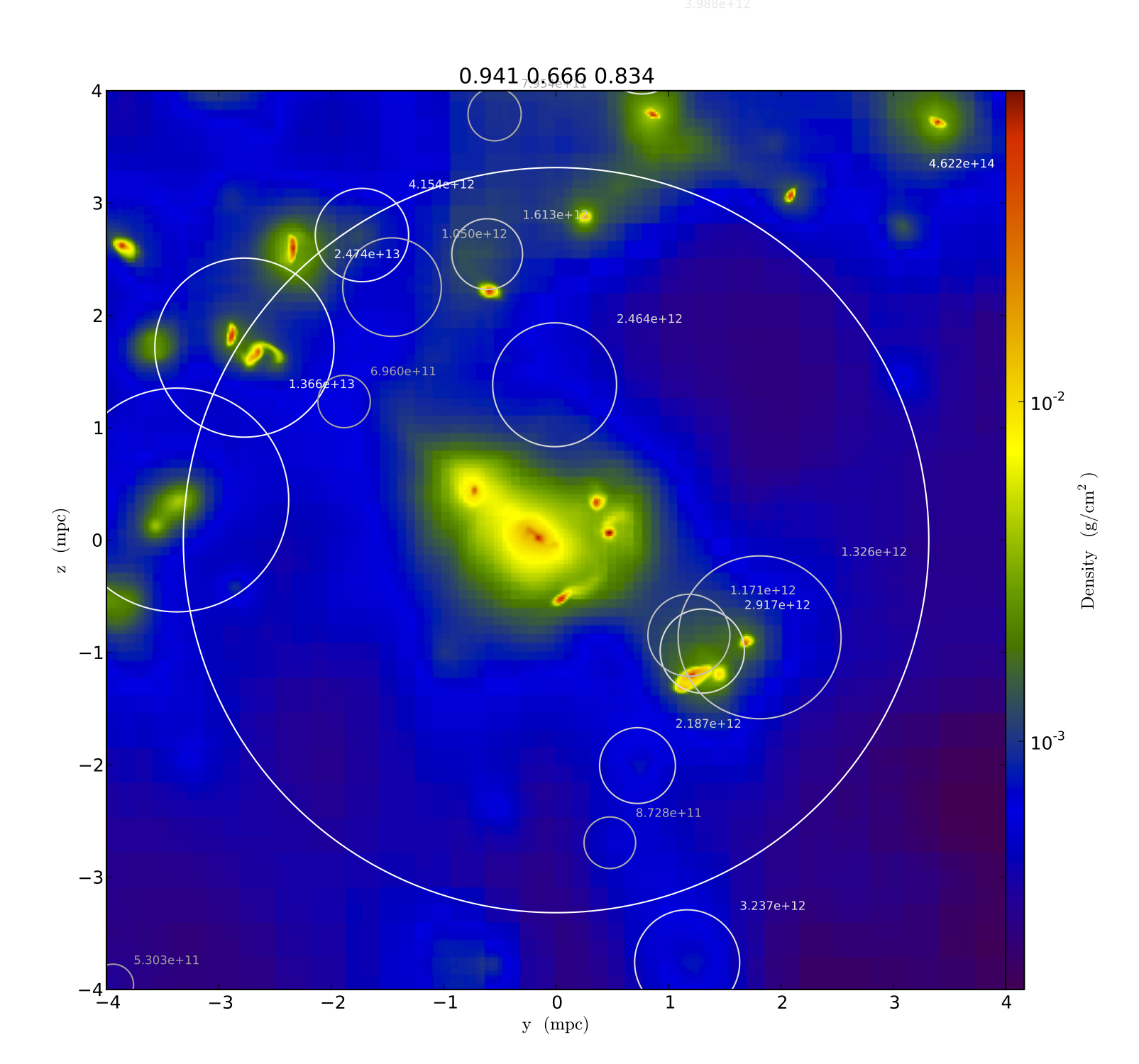 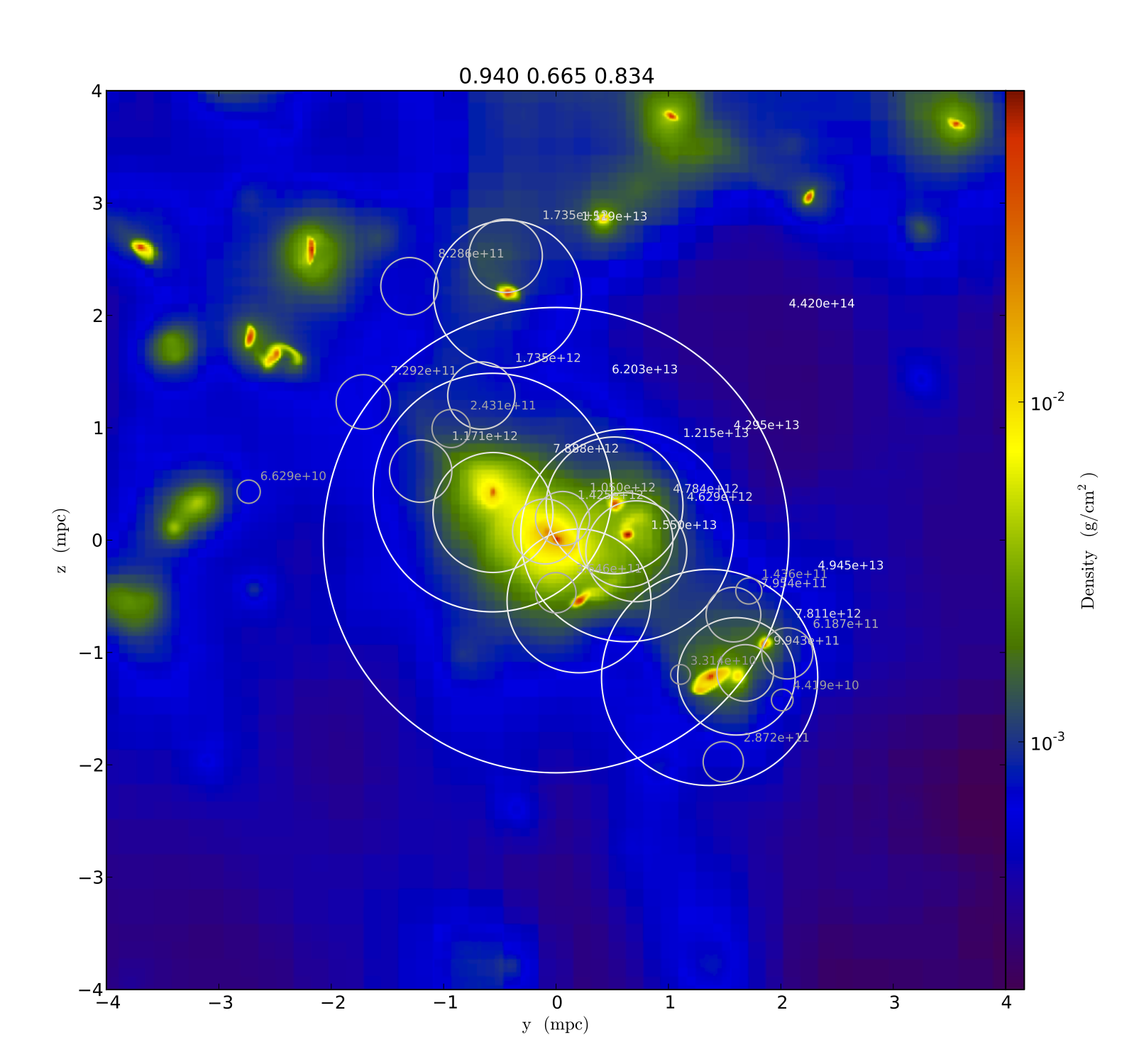 Note that In the Rockstar image, the halos on the periphery are not encircled due to the way the image was prepared.